Why do we engage? It’s the climb

Why do we engage? It’s the climb 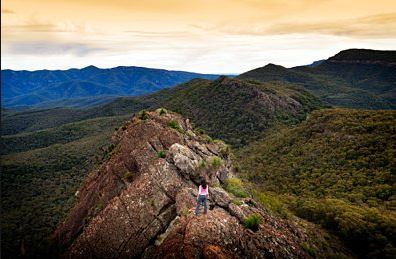 Each day billions of people in every single age group are doing it. Some of them know exactly what they are doing, have a plan all written out while others just try to solve each challenge when they reach it. It stirs our emotions. Make us happy, frustrated, feel like might not make it, yet something inside keeps us engaged.

What is it? Why is it that each day on every continent, in every country, in all languages and in each age group people are willing to be involved?

Those doing it spend hours upon hours figuring out how to overcome unimaginable obstacles, opening doorways that others found hermetically sealed. Reaching new heights they never expected to be at. Connecting with skills, and talents they never knew they had. Reaching out to people they never met before.

It’s amazing that those involved keep at it. Nothing wears them down. And the more they do it, the more they want to keep on being engaged. That first step seems simple enough. Then, as they continue being engaged, the action may become harder. But they can’t seem to separate themselves from that feeling, the need to come back, try again, and get to the next level. Why?

Once they are there for a while, they want to keep climbing. The greatest authors, scientists, philosophers, statesman and everyday people like you and me are doing it.

The science behind this is quite fascinating. At the moment I, Ariel Dagan am exploring information studies and what is being known in the field as gamification. It’s not about video games. Noted experts as Gabe Zichermann, Jane McGonigal, Rajat Paharia and other have been using this  new word to describe it. It’s about life. The Oxford English Dictionary has yet to add the word. Yet, it can be found in every single aspect of our lives. Some are real good at it. Others are in it for different reasons. Those who are not doing it may be on the outside watching and trying to follow along as a spectator, totally tuned in and imagining themselves being in it.

It’s not necessarily about getting there. A marathon runner spends a very long time training. But when they cross the finish line, they can’t wait to do it again or take on another greater challenge. It’s about doing it. As can be seen and heard in the clip below by Miley Cyrus, It’s the climb.