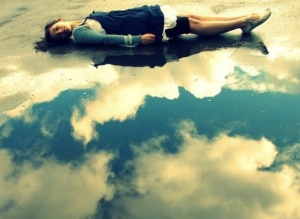 I love finding programs through pod-casts. One recent  example was a casting of an On Being show with guest research scientist Natalie Batalha. If you you are unfamiliar with On Being, in it Krista Tippet conduct s in depth  conversations on religion, ethics, meaning, and ideas.

To be honest, at first I did not  know if I would enjoy the program since the cosmos is a realm that have always fascinated me yet overwhelmed in its vastness and complexity. Even though Natalia spends most of her time with projects and data retrieved from what the Kepler Space Telescope, in this show I was able to connect since the conversation was brought down to Earth.

Rather than telling you what I thought I decided to share a comment (often not read by many people reading articles) that most aligns with how I felt at the end of the program: Submitted by Jim on Sat, 2013-05-04 17:43

This was an amazing program. Natalie Batalha’s work at NASA has exposed her to the wonders of the universe, and she explains how science and understanding make everything beautiful and amazing.

Early on she explains that she has an “…intense reverence for the mysteries of the cosmos and this drive of discovery, this drive to know…” Her words really resonated with me. I have never been much of a scientist, but I have always found all aspects of science fascinating, and for this exact reason. I like learning, I like discovering things I didn’t know. Even rather mundane discoveries, like why the oceans are blue, still thrill me. Batalha goes on to explain that she thinks there is “…something innate about us human beings that makes us want to seek the unknown, to push the boundaries, to find new horizons, to see new things.” I think this is definitely a big part of what it means to be human. As a species, we want to learn, we want to know. New discoveries are like some glorious drug, one of which we always need just one more hit. We can’t help but wonder what’s over that hill, or what that food tastes like, or what those lights in the sky are, and why do they glow? Once we’ve asked these questions, we have to find the answers, and then we have ever more questions.

Another thing that struck me in this program was Batalha talking about the staggering wonder and scale of the universe. As a kid I was taught that the universe was big, and that was it. Later on in life, when I was presented with the sheer immensity of it all, I was floored. What’s more, that was just the immensity in the limited way my brain could actually conceive it. It was just drawings and words, not the spectacle itself. As Batalha says, it can be a lonely feeling, looking up at the universe, but it can also be wonderful. Realizing that you are but a tiny speck within the enormity of the universe doesn’t have to be depressing. Instead, it can be a beautiful thing to realize that one has a place within all that grandeur. I felt similar when I first made my feeble grasp at understanding the scope of the universe. I didn’t feel worthless or alone, I felt thrilled. I was thrilled that my world had just grown so exponentially, that there was so much more going on than I realized, and that I got to be not only a witness to the workings of everything, but some part of it too.

Everything Natalie Batalha said about the incredible immensity of the universe, about loving her place in it and wanting, needing to know more, all of it struck a chord with me. I’ve felt this way myself for a long time, and am astounded whenever I meet people who don’t. I am flabbergasted. I truly believe that as a child they had the same curiosity we all did, but somehow they lost it or stifled it. These people then usually don’t fully appreciate science, which is a tragedy. At its core, science is just people trying to find answers, and I think that’s something that speaks to everyone. Perhaps listening to her speak will help them to understand and appreciate the universe a little better.

The reason I brought to attention what Jim had to say was because that is when we are at our best. There are many like minded people who share our values, think, and develop patterns that we feel we may want explore further. What attracts me, Ariel Dagan, to science is the design aspect. With everything around us that often looks and feels so complex, there is actually simplicity and order. But most of all as Natalia pointed out so eloquently in her On Being segment, it’s about love.

When you mention the word “love: to someone the first thing they may think about is emotion. They do not think about the science or design. Natalie bring us to a heightened level of awareness of design in our world with eyes wide open. It is this love that attracts me to look into better ways to accessing and sharing all this information.

I leave you with this thought provoking clip by Carl Sagan: